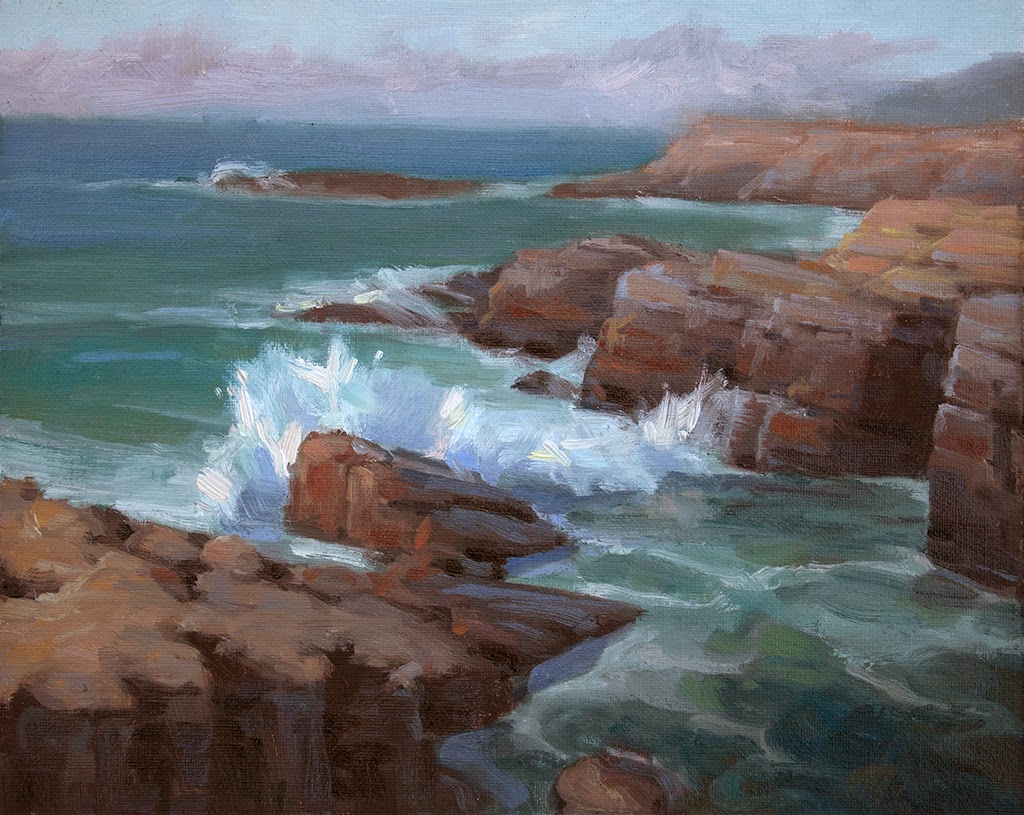 A small study painted yesterday along the northern Sonoma County coastline. When I started painting, the fog bank in the distance was a nice touch, but it quickly enveloped the scene and I spent most of the time painting and shivering in dense fog. The fog lifted as I was finishing it though.  I then attempted to paint another study a little farther up the coast, but decided to go home when I felt several ticks crawling on me. There is Lyme disease on the northern Sonoma County coast, remember your insect repellant!  Study 10x8", Oil on Linen. The wild irises are blooming in abundance right now at the coast: 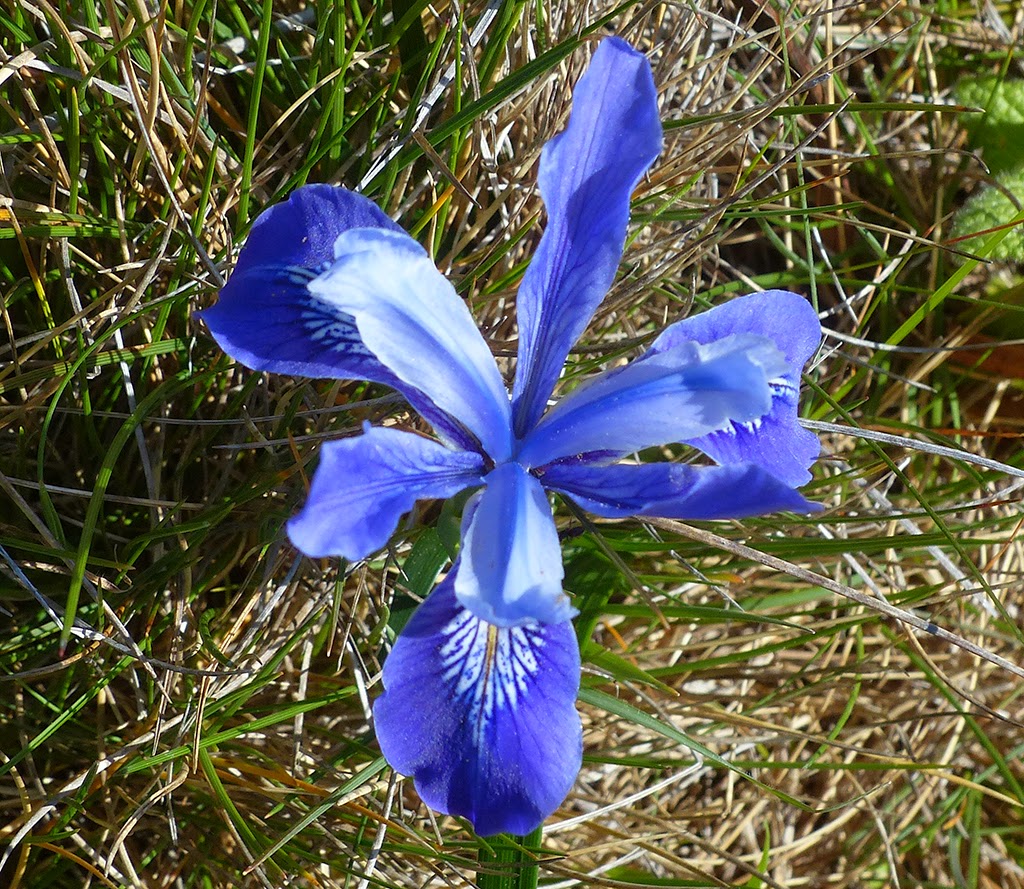 Posted by Sharon Calahan at 8:48 AM

So beautiful work.I love your painting.